Welcome
Welcome internet traveller, to RHYTHM EMOTION, Carla's fanlisting collective! Make yourself at home. Look around, I'm sure you'll find one or two you want to join.

What is a Fanlisting?
According to TheFanListings.org, A fanlisting is simply an online list of fans of a subject, such as a TV show, actor, or musician, that is created by an individual and open for fans from around the world to join. There are no costs, and the only requirements to join a fanlisting are your name and country. Fanlistings do not have to be large sites (although some are); they are just a place where you can sign up with other fans. All fanlistings housed at Rhythm Emotion are listed with one or more of the following: The Fanlistings, Anime Fanlistings, Taboo Listings or Alterlistings.


1/13/21 - Completed the fanlistings for Shoujo (genre) and Sailor Cosmos!

11/13/20 - Re-opened the Atsushi Sakurai fanlisting, and migrated two fls from my old domain: Carry on Dancing and Tears of Pearls, both Savage Garden songs.

11/10/20 - Since the Taboolistings has re-opened, I applied for some! Completed are: Cheesesticks/Mozzarella sticks, Purple, Strawberries, MALICE MIZER, Gundam Wing, and Tom Cruise.

I also completed some fanlistings: Duran Duran (which I previously owned), and R.E.M.. 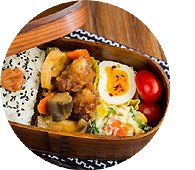 Fanlistings that need some love.